As publisher of New Orleans’ latest news publication, Big Easy Magazine, I want to take some time to underscore the importance of our free press and defend its integrity. I also want to make a statement defending our democratic institutions in the wake of the Helsinki Summit:

Very little discussion of all the purposely false and defamatory stories put out this week by the Fake News Media. They are out of control – correct reporting means nothing to them. Major lies written, then forced to be withdrawn after they are exposed…a stain on America!

The President’s allegations of “Fake News” sow the seed of discord and distrust among Americans. We have been taught to take our President seriously, but in this era, it’s important that we, as American citizens, are all the more suspicious of the powers that be within an ever-expanding Executive Branch.

The free press is vital to our liberty and an indispensable element to our democracy. As Thomas Jefferson once said, “Our liberty depends on the freedom of the press, and that cannot be limited without being lost.” It’s important that we stay informed and look for truth beyond our circle of friends and acquaintances. It’s important that we have a free press to spread awareness about the happenings in the world.

The media are the custodians of the public consciousness. We rely on the media for objective, trusted, and verifiable information because otherwise, we would not know what’s going on in the world. We would not be able to truly understand the gravity of the issues we face, and therefore, we could not begin to think of solutions to the challenges we face.

I find it truly disheartening that our President casually labels well-established and trusted news sources such as CNN, MSNBC, NBC and so on as “fake news.” His statements undermine the integrity and credibility of our nation’s media. As the world’s global hegemon, Americans and citizens of the world view the office of the Presidency as a beacon of moral guidance and direction with regards to global challenges. So when President Trump calls into question the media’s validity, people who voted for the President, understandably, believe what he says to be true. In other words, his dangerous statements are wreaking destruction and discord among his base.

Just last month, a poll from Axios and Survey Monkey showed that 92 percent of Republicans and Republican-leaning independents say that “traditional news outlets knowingly report false or misleading stories at least sometimes,” a finding in line with other recent polls conducted by Pew Research and Gallup. Seventy-two percent of Americans believe that major traditional news outlets report news that “they know to be purposely misleading, fake or false.” The last time that distrust in the media has been this high was post-Watergate when a Gallup poll showed approximately 74 percent trusted major news sources.

With recent murders of journalists across the country and the world, the President’s words matter. Some observers suggest that we look not at what he says but has done, though it’s easy to see that words have consequences. The President was able to convince enough people to vote for him with his words. Therefore, we must call upon him to speak more responsibly about the media and to understand that the media represents a vital connection to a fluent and informed democracy, and a gateway to our freedom.

Finally, in the wake of the recent Helsinki-Summit, President Trump’s words sent shockwaves throughout the world. Essentially, his statement placed faith in Russian President Vladimir Putin over our own intelligence when asked about whether he believed that Russia interfered in the 2016 Presidential election. His words, placing trust in Putin’s authoritarian-government, a government responsible for the murders of his dissenters, including those in the free press,  undermine and erode trust and confidence in our democratic institutions. Again, the President’s words have an impact on public opinion. 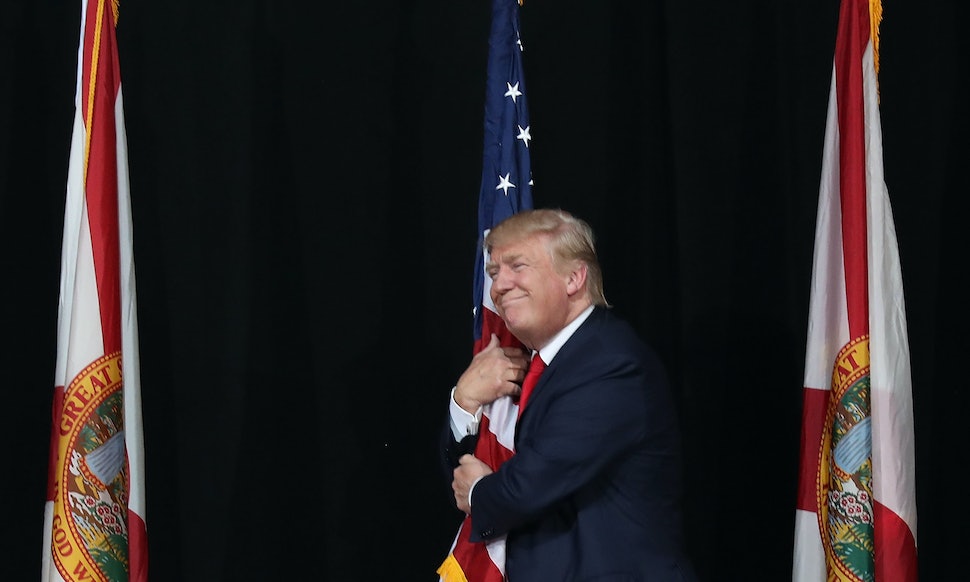 A CBS poll showed nearly 70 percent of Republicans approve of Trump’s handling of the Helsinki summit. Now, we have two of the world’s most brutal dictators’ approval ratings among US Republicans on the rise, with more Republicans approving of Putin and Kim Jong Un than the Democratic House leader Nancy Pelosi. Though Nancy Pelosi has views fundamentally different than those of most Republicans, her values are and should be in line with American values, which is to first and foremost defend our democratic institutions, including our free press. I find it truly astonishing that we are entering an era in which we reject objective reality and accept off-the-cuff unverified instinctual statements from our President.

As our city’s latest source of news, we urge other members of the free press to speak out against false statements regardless of whether or not it comes from our own President.  The media are custodians of the truth, and we must continue to hold those in power accountable in order to protect our values, identities, and institutions.

Big Easy Magazine is confident in our writers and journalists and we take our job to report the truth seriously. While we are honest with our readers that we report from a progressive angle, we will never report falsehoods, and we will always be honest and genuine in our reporting of local events, issues and policies. The media are entitled to their own opinions, not their own facts, and we take honest reporting very seriously. We look forward to continuing a conversation with you about the issues and policies that affect our local communities and ask you to help us by holding us accountable in what we report.