Katelyn Ramsey Castleberry is well-known as the state director of Louisiana Mothers Advocating Medical Marijuana for Autism. Castleberry worked closely with State Representative Rodney Lyons in 2018 to get the restrictions on medical marijuana loosened to authorize more doctors and remove the patient cap – a move that we cheered.

However, on Sunday, Big Easy Magazine received an anonymous tip consisting of screenshots taken from Facebook. In them, Castleberry states “I’m a highly esteemed elected official. Try and unseat me.” When a commenter expresses outrage at her behavior, Castleberry doubles down, saying, “I’d love to step down but I’m just so high above you in my position here. Elected and all.” 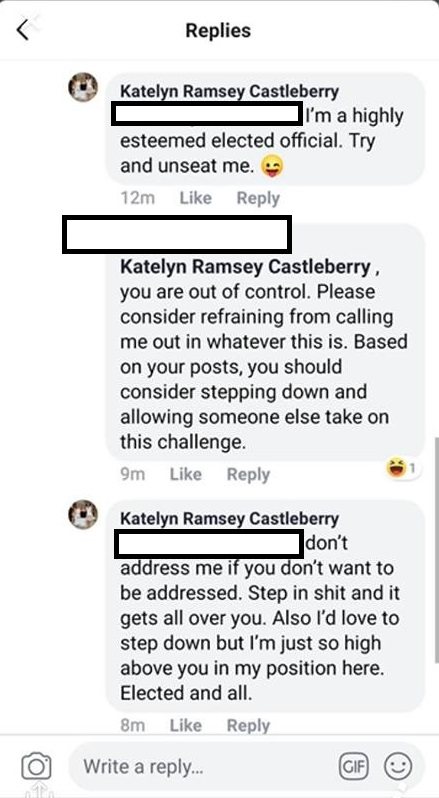 “I’m not sure… you should be handling such an important process of implementation,” another commenter stated. “Patients considering this method of treatment will suffer for your ignorance.” 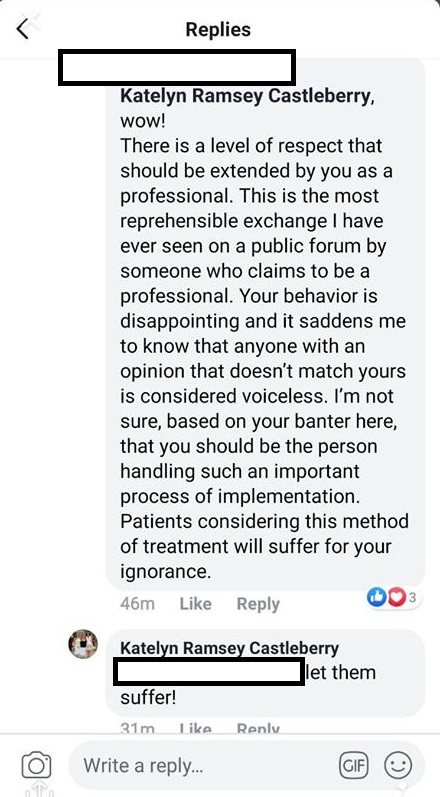 In addition to these comments, Castleberry also sent private messages to another local activist threatening to have her husband arrested, and claimed that she would “make sure homegrown (marijuana) was at least 7 years out.”

Jenn Bentley is a freelance journalist and editor. In addition to her work at Big Easy Magazine, she has also been featured in publications such as Wander N.O. More, The High Tech Society, FansShare, Yahoo News, Examiner.com, and others. Follow her on Twitter: @JennBentley_