They were young and in love. By 1997, Fox and Rob Richardson had already spent ten years of their relationship in a cycle of breaking up and making up. Ultimately, however, they could not deny the love and connection that they had for each other. In 1997, Rob proposed to Fox and the couple eloped, solidifying their commitment to each other.  Rob Richardson reminisced, saying, “Fox and I were not much different than we are today. We were always a popular couple. We were always on the brink of new things. Keeping with that, in 1997, we decided to open our first new business.”

Little did the newlyweds know that only six months after their marriage was made official, they would spend the next 21 years fighting a 60-year sentence in Louisiana’s State Penitentiary.

Rather than spend money on a fancy wedding, the couple decided to fund their business venture. They had recently closed on their home and had returned from their honeymoon. Fox and Rob were working towards opening a hip-hop clothing store. Named “Culture,” they held a strong vision for the store that would be located in Shreveport. The pair began to prepare for a grand opening in October 1997; they attended large events and began promoting Culture. Rob recounted, “we always had dreams of owning a business. We wanted to effect cultural change and talk politics. This bonded us very early.”

Not long after the couple began working towards the grand opening, their investor pulled out and decided not to support the business. Fox and Rob became desperate. Rob explained, “I don’t know how we got into such a dark place that we started thinking that we don’t have any options…to think there was no other answer but to rob a bank was beneath both of us and bewildered both of us. Especially when we found ourselves sleeping in the Parish jail.”

The couple was labeled “the black Bonnie and Clyde.”  Their crime happened near the location that the real Bonnie and Clyde had their fatality. Fox Richardson and Rob’s nephew (still serving at Angola) were co-defendants of the crime. All three participants took responsibility for their actions, and all three plead guilty. Fox Richardson bonded out of jail at the time of arrest. Rob settled on a deal of 10 to 18 years, pending a pre-sentencing investigation. Everything seemed to be in order when a new attorney entered the case; this new attorney suddenly began negotiating for a lesser plea deal.

For two years, Rob waited for the results of the second plea deal. The new attorney intended to place Rob in the Impact Program. Under this program, Rob would spend 6 months in intense boot camp. If he was successful, he would spend the rest of his jail time on a supervised parole release. Unfortunately, Rob did not qualify for the program.  He needed a 7-year sentence, but his initial plea deal was for 10 to 18 years. Ultimately, the lawyer dropped his case after the pair struggled to continue to pay him. The lawyer did not restore the original plea bargain of 10 to 18 years. Instead, Rob was forced to face trial. He lost. Rob said, “I was sentenced to 60 years for a crime that no one received medical treatment for. That is not to downplay my actions in any way. But for stealing five thousand dollars…and never have a criminal record prior to. For the courts to set aside all of those mitigating factors and essentially render a life sentence was so disproportionate to [what] I think should have been rendered.” 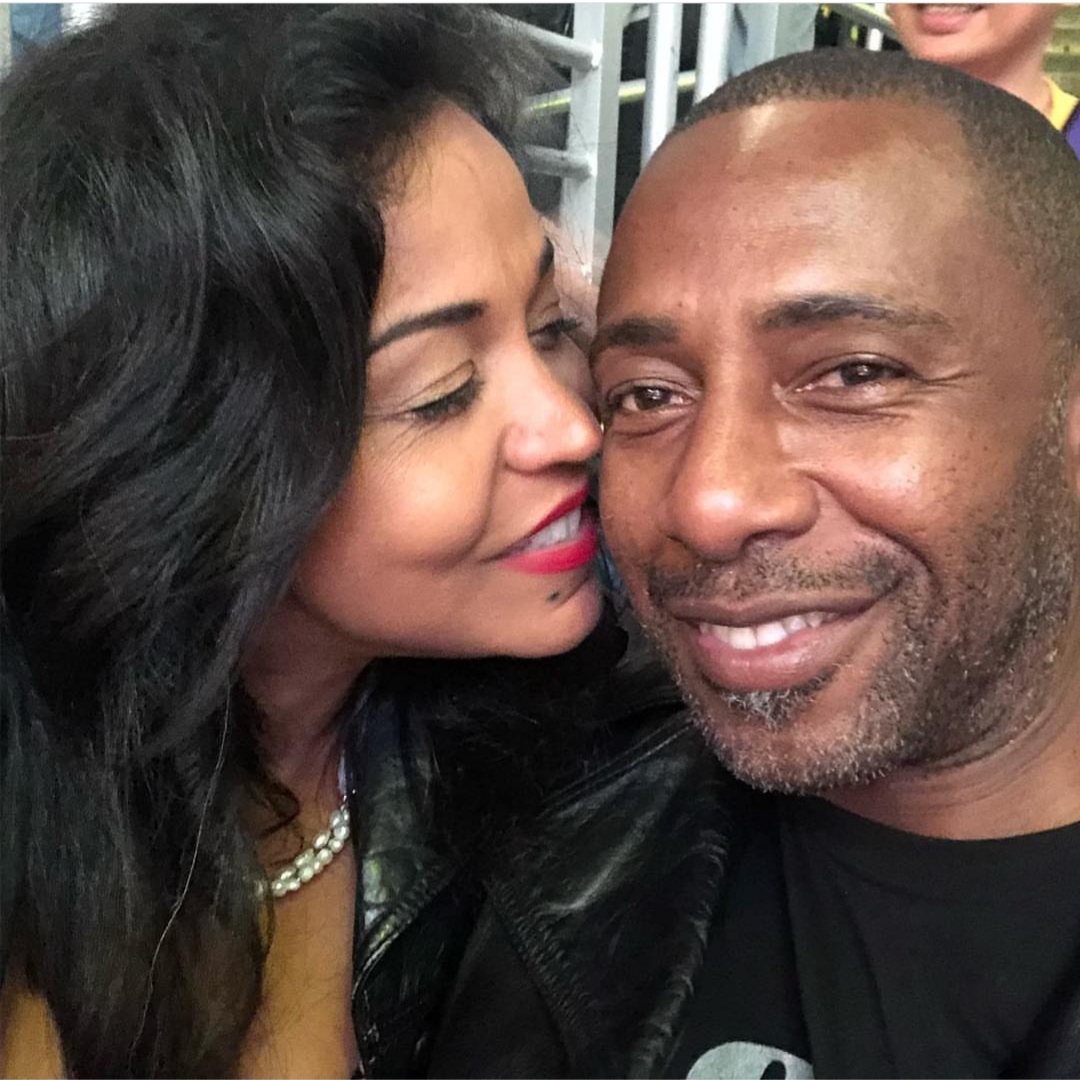 The couple had to divide and conquer. Fox Richardson was now pregnant and without her husband. Nonetheless, she readied herself to fight for her family. She explained, “I had to make sure I could keep our children fed and housed. I had to make sure that I could finance the fight – that I could provide for the family, take care of the children, and generate the money that we would need to sustain us. [Rob’s] portion of the work was to figure out the law. I didn’t have time to study the law. I couldn’t interpret what I was reading, despite my Master’s degree. It was a whole different language.”

In addition to providing for the family, Fox began to embark on cultivating what she described as social capital. She said, “being able to show ourselves as deserving citizens, being willing to prove that we would not shut up, and being bold enough to say ‘this is my family.’” Fox was unwavering in the fight, understanding that one of the main reasons people bow down and give in is for failing to see themselves as deserving. “I deserve my family,” she said, “my family deserves to be free. I would not be embarrassed about our previous actions. Regretful – but not embarrassed.”

As with many battles, they start from within. Fox and Rob established from the onset: they went into this situation as a family and they would get out as a family. Fox expressed, “I was going to forgive myself and take my rightful place in humanity with my family. My family has value and I’m going to give everything I’ve got for it.” 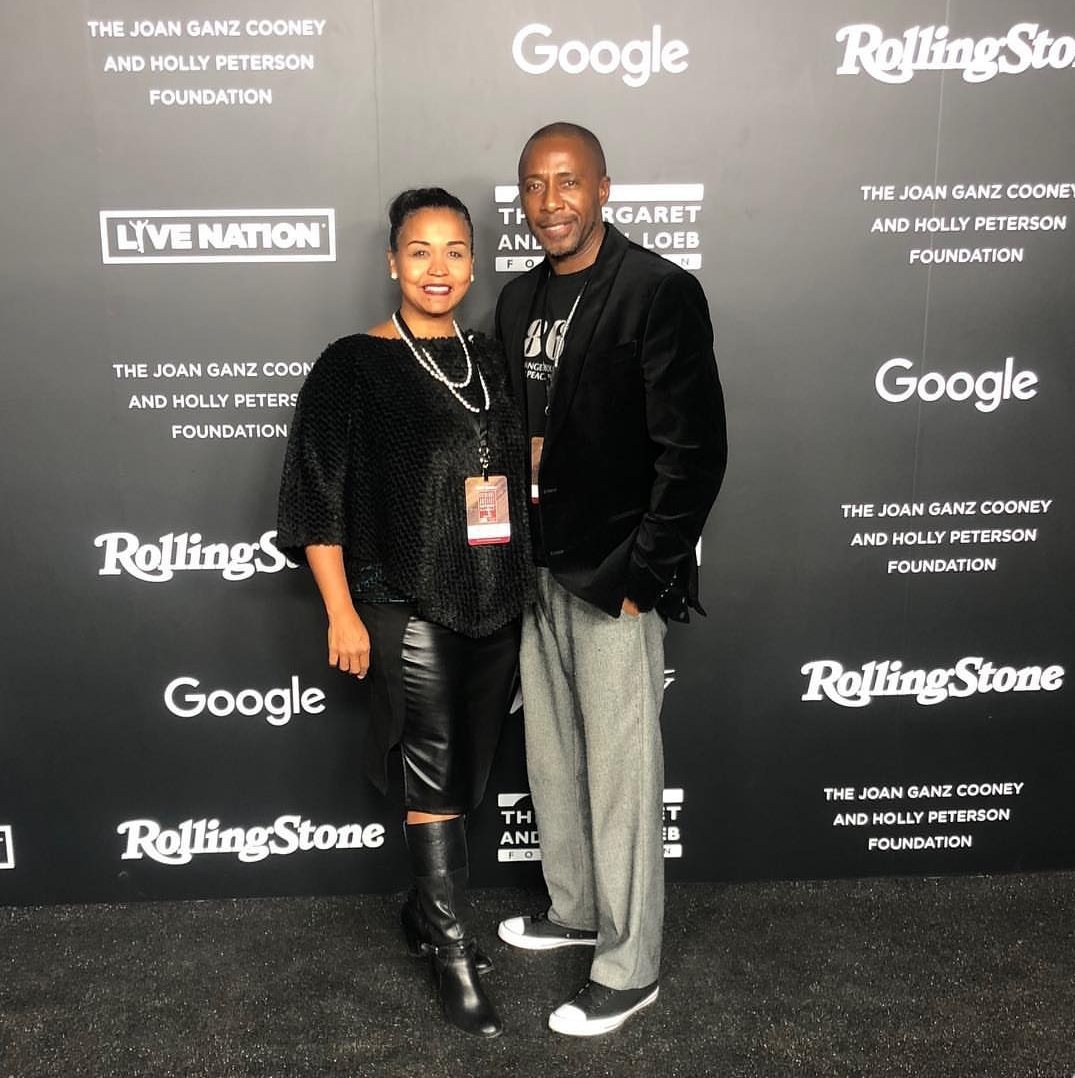 Rob believes the ultimate payment to everything that has happened is success. Failure is not an option. In September 2018, Rob was released from Angola prison, having served 21 years of his 60-year sentence. In the newly found season of freedom, the pair agrees that the fight continues. Fox says, “had it not happened to me, I would not have believed it.” Beforehand, Fox believed that everyone who went to jail deserved it and they also deserved the sentences that they received. She understands, personally, why people turn a blind eye to what is happening in Louisiana’s criminal justice system and she is empowered to speak the truth about what is really going on – without fear. Rob concurs, saying, “even at our lowest moments, we decided to press on. It was based upon me saying to Fox, ‘it’s just so much bigger than us.’”

Upon Rob’s September release, the couple immediately began chronicling their re-entry journey on Instagram with #RichDays. Fox and Rob want to be intentional about every moment they spend in reunion. They want to inspire current inmates and their families with what it looks like to successfully re-enter society. They also hope it serves as a teaching tool; the first 90 days of a person’s re-entry is critical for recidivism, returning back to prison.

In addition to chronicling the first 100 days of their reunion, Fox and Rob are in process of creating a talk show: A Conversation with Fox & Rob. They are traveling around the country, working to bring together movement leaders. Fox says, “we are empowered when we stand up against systems that have been designed to destroy us.” The pair is determined to tell their story while joining other people who have been in the forefront, defending the wrongs that occur to black and brown people.

The major goal: Fox and Rob Richardson advocate for continued criminal justice reform. They believe no person should serve 20 years without an opportunity for a parole hearing. Fox explains, “a 20-year sentence is a life sentence in any other developed nation. America, with her sick fetish for slavery, is the only one where life means life.”

Nicole Nixon is a dedicated wife and mother who values leadership and business. Motivated by her husband and her son, she is vested in the empowerment and positive commercialization of black men in America. If you enjoyed this piece, you might want to check out her piece “A Mother’s Cry,” or her other articles here.